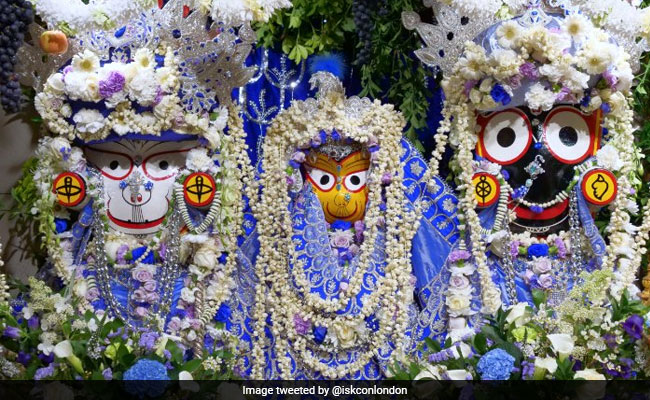 This year, Balaram Jayanti is on August 28.

Balarama Jayanti marks the birth of Lord Balarama, the elder brother of Lord Krishna. Balarama Jayanti is also known as Baladeva Chhath in the Braja region while it is usually called by the name Randhan Chhath in Gujarat. In some of the northern states, Balaram Jayanti is known as Lalahi Chhath or Shashti. This year, Balaram Jayanti is on August 28. The day is celebrated by all people and temples that worship Lord Krishna.

Devotees wake up early and take bath before proceeding with the rituals of Balarama Jayanti. They also observe a fast. The idols of Krishna and Balarama are even given holy baths with panchamrita. The devotees prepare a special blog to offer to the gods. Bhajans and devotional songs are also part of the celebrations.

According to Hindu scriptures, Lord Balarama is known for his strength. He is known to be an extension of Lord Krishna himself. Devotees worship him for strength, protection and healthy life.

Balarama, also known as Baladeva and Haladhara, is often associated with farming as he used farming tools as his weapons. Balarama is associated with Sesha, the serpent on which Vishnu rests.