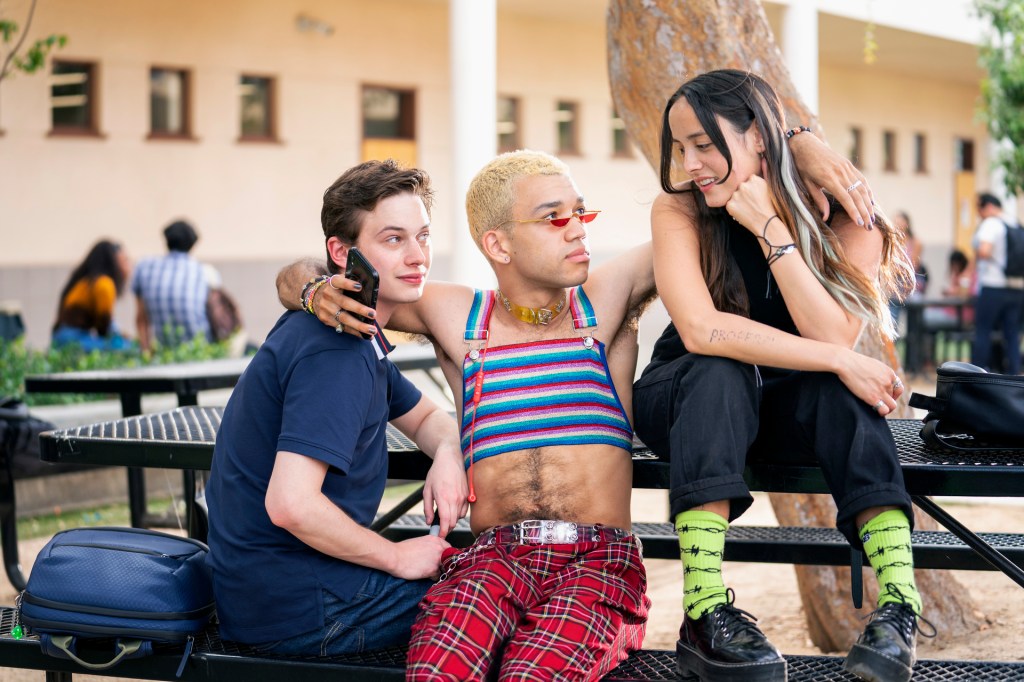 From executive producers Daniel Barnz, Zelda Barnz and Ben Barnz, Generation is the new kid on the HBO Max block. The new series may deal with the authentic lives of the modern teenager, from social media to sexuality and gender identity, but Generation is no Euphoria, said star Justice Smith.

“These are all very different stories,” he said during HBO Max’s leg of the CTAM press tour on Wednesday. “We’re in a new zeitgeist now where we’re accurately depicting adolescence what life is like.”

Inspired by Zelda’s high school experiences, Generation is a dark yet playful show that follows a group of high school students whose exploration of modern sexuality tests deeply entrenched beliefs about life, love and the nature of family in their conservative community. Like Smith, Daniel Barnz said that Generation differs from the Sam Levinson-created series in a number of ways, including it’s format.

Unlike the Zendaya-starrer or Luca Guadagnino’s We Are Who We Are, Generation features half-hour episodes, which Daniel Barnz said are essential to accurately capturing the lives of modern high schoolers.

“The real beauty and the excitement of being able to work in the half hour format is that there there’s less pressure on story and you’re allowed to let your characters live and breathe and experience,” he said. “Zelda wanted to reflect actual experience of teenagers, which sometimes is kind of random and weird. We wanted to reflect that in the storytelling as well.”

The three HBO Max series may look similar on paper, but actress Chase Sui Wonders said that it’s under the show’s microscopic look at the starring students where the audience can find a unique story. She also said that the new series adds to the bigger role HBO Max plays as a platform for new storytelling.

“I think what is sold bold about the landscapes for these young shows at HBO max is the  incredible specificity with which they tell all these stories and how these stereotypes are just ripped open,” said Wonders, who plays Riley. “You can see the underbelly and the minutia of all these different characters… because you’re just taking a microscope to these individual people it feels like an entirely different world and an entirely different set of idiosyncrasies.”

During the panel, which also featured cast-members Lukita Maxwell, Nathanya Alexander, Haley Sanchez and Uly Schlesinger, HBO announced that Generation will debut the first three episodes on March 11. The additional eight episodes will hit the streaming platform later in the year.

However, even before its premiere date, the new HBO Max series is under fire for the use of two dead cat corpses for a high school dissection scene. In a statement to Variety, HBO Max said that the feline remains were “were ethically sourced in consultation with American Humane via a biological supply company that works with schools” and that “everyone involved was informed,” despite tweets claiming the opposite.

Dunham, who claimed she was not aware of the use of real cats, said that she supports the dissection scene being edited out of the show.