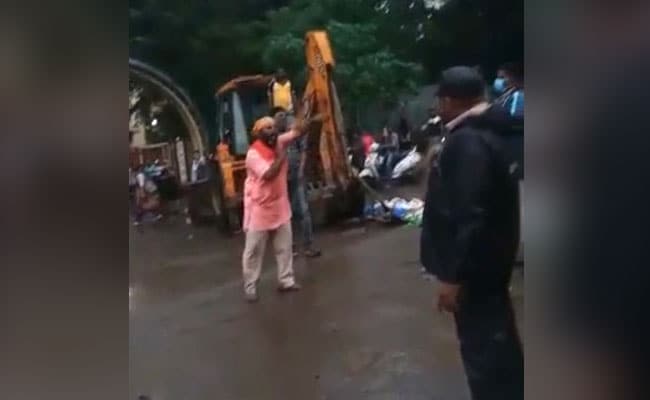 The Thane civic body’s drive against illegal hawkers took a grisly turn today when a man, furious over the action being taken, attacked a senior official with a knife, chopping off three digits of her hand.

Thane Assistant Municipal Commissioner Kalpita Pimple was attacked by vegetable vendor Amarjit Yadav while she was overseeing a drive to clear out unauthorised hawkers in the Kasarvadavali locality.

Ms Pimple was admitted to the Jupiter Hospital a short distance away. An attempt will be made to re-attach the severed digits to her hand, officials have said.

Her condition was stable following hospitalisation, they said. Yadav was arrested and a probe has been launched over the incident.

Visuals from the spot immediately after the incident showed Yadav shouting in protest and carrying two knives even as the police officials try to convince him to surrender. He is also seen placing one knife on his own neck, although it was not clear from the video if he was threatening suicide.

The police are now looking into the hawker’s record for criminal antecedents.