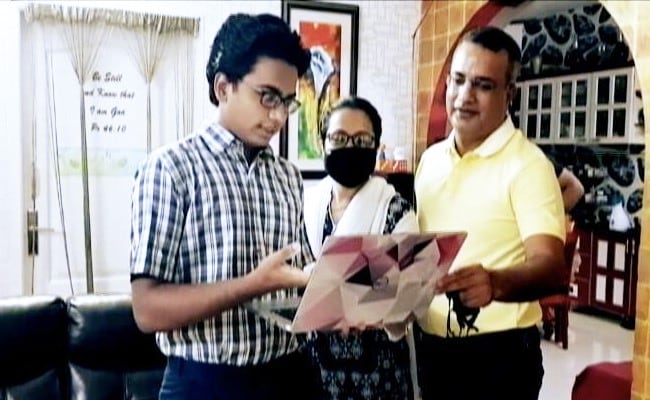 In Tamil Nadu, eight lakh students who had enrolled for the state board examinations have been promoted after a year-long nightmare amid the devastating pandemic.

Reuben Stephen John a student of Class 12 had contracted the virus in May and managed to score 96% in his assessment.

Reuben had put in a lot of hard work, his mother said, adding, “He never took it easy even though it was an online exam. I am proud of him.”

The family has already paid a token amount to block his seat at a private engineering college whose entrance test he has cracked.

“We don’t know if these marks are enough. It’s important we secure him a seat though we will try our best to get him a seat through government counselling,” his father said.

In another part of Chennai, Zahabiya Kutubuddin, a student of Commerce and Communicative English is a bit disappointed. She has secured 84%, less than what she expected. She plans to pursue Electronic Media at a Chennai college.

“We had five revision exams and I had scored a full 100 in Accounts. I lost marks as they added the Class 10 marks. They shouldn’t have done it this way. It hurts who had worked very hard,” she said.

Schools went completely online for the entire academic year due to the pandemic.

The school education department had taken into account 50% marks students earned in Class 10, 20% in Class 11 and 30% earned as internal marks in Class 12. Even as no student has managed to score a centum this year, the government said there have been no compromises.

School Education Minister Anbil Mahesh Poyyamozhi told NDTV, “The students have earned it. It’s a reflection of their consistent performance over a span of three years. There was no compromise. Our chief minister wanted a just model for all – both urban and rural students. He picked this model from more than ten options.”

With most rejoicing a good score, for many, this is the beginning of a phase of anxiety over admissions to colleges.

Facebook
Twitter
Pinterest
WhatsApp
Previous articlePriyanka Chopra Had This Much Fun On Her Birthday In London. See Pics
Next articleCanada To Open Border To Vaccinated Americans From August 9