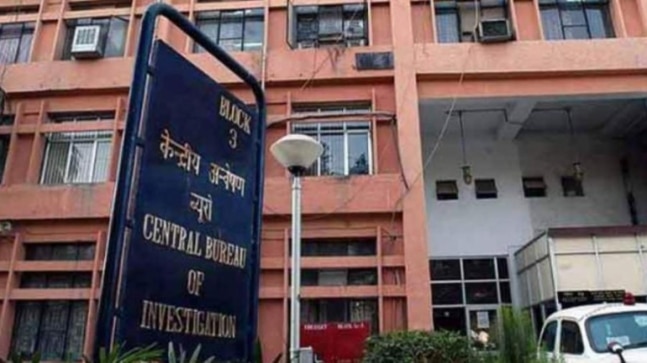 In a drive against corruption, the Central Bureau of Investigation on Friday arrested four government employees from different government departments in bribery cases, officials said.

In one of the cases, the agency has arrested a Suman, a Delhi Police constable posted at Sarita Vihar Police Station for demanding and accepting a bribe of Rs 1,00,000 from the complainant.

According to the CBI, it was alleged that the complainant was being threatened by Constable Suman that he would be implicated in a case being investigated by Sarita Vihar Police Station if he does not give him a bribe of Rs 2,00,000 and one latest mobile phone.

“After negotiation, the bribe was reduced to Rs 1,00,000 and one latest mobile phone. The CBI laid a trap and caught the constable while demanding and accepting the bribe of Rs 1,00,000. Searches were conducted at the premises of the accused,” said CBI spokesperson RC Joshi.

The Delhi Police constable was produced before the designated court in Delhi and remanded to judicial custody.

In another case, the CBI has arrested AK Roy, a licence inspector in East Delhi Municipal Corporation, and his colleague Rakesh Rawat for accepting a bribe of Rs 40,000.

“It was alleged that 5 licenses for establishing “Gharelu Udyog” were applied by a person (one in his own name and four in the name of his relatives) in East Delhi Municipal Corporation, Paraparganj, Delhi and the accused demanded a bribe of Rs 60,000 (Rs 12,000 per license) for himself and other senior officials for issuing these licenses,” said the CBI.

The bribe was later negotiated to Rs 40,000. The CBI laid a trap and caught the AK Roy red-handed while demanding and accepting the bribe of Rs 40,000. During further verification, the alleged role of AO Rakesh Rawat also came and he was arrested.

Both the accused were produced before the designated CBI court, Delhi, and remanded to judicial custody.

In the third case, the CBI has arrested Arun Kumar Mishra, a junior engineer posted at Military Engineering Service, Karanja, Naval Station in Maharashtra’s Raigad for demanding and accepting a bribe of Rs 18,000 from the complainant.

The accused had demanded a bribe from the complainant for releasing the payment of bills of Rs 13.5 lakh for the works of interlocking tiles at Navy Nagar and other works in the Naval Station.

The CBI laid a trap and caught the accused red-handed while accepting the bribe of Rs 18,000 from the complainant.

Searches at the premises of the accused at Raigad and Pune (Maharashtra) and Ghaziabad (Uttar Pradesh) were conducted which led to the recovery of Rs 12.6 lakh.