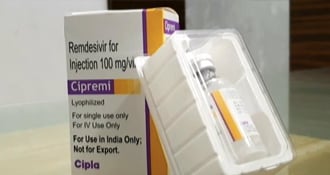 A case against three persons including a doctor has been registered under the stringent National Security Act (NSA) for alleged black marketing of Remdesivir injections in Madhya Pradesh’s Indore district on Wednesday.

The police had arrested Nilesh Chauhan on April 17 for selling the drug, used in the treatment of COVID-19, at inflated price, said Amrita Solanki, in-charge of Rajendra Nagar police station.

The drug is in high demand because of a massive second wave of the pandemic across the country.

Chauhan’s arrest was followed by the arrest of Shubham Parmar, a medical representative, and Bhupendra Parmar, a doctor with a private hospital, on Sunday, the official said.

The district administration on Wednesday invoked the stringent NSA against them, Ms Solanki said.

The Indore collector had earlier this week warned that those indulging in black marketing of Remdesivir will be booked under the NSA.