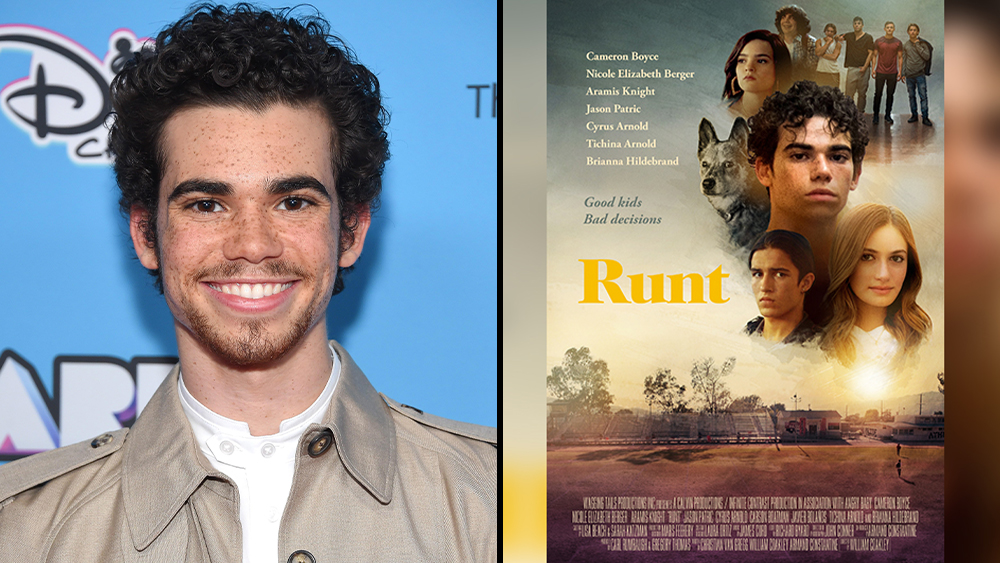 UPDATED with trailer, release date: 1091 Pictures has set an October 1 release date for Runt, the indie drama that stars Cameron Boyce, the star of Disney Channel’s Descendants franchise and HBO’s Mrs. Fletcher who died in July 2019 at the age 20 following an epileptic seizure.

The film, directed and co-written by William Coakley, centers on a group of neglected and misguided high school seniors who are pulled into a downward cycle of violence when the adults in their lives fail them. Boyce portrays Cal, who after a troubling incident takes a stand, resulting in devastating consequences.

1091 acquired the film in June. It will be released on VOD and digital platforms October 19.

Check out the trailer above.

PREVIOUS EXCLUSIVE, June 1: 1091 Pictures has acquired North American distribution rights to Runt, with plans for a day and date release, in theaters and on VOD, this fall.

The first feature from William Coakley also happens to be the last featuring Cameron Boyce, the star of Disney Channel’s Descendants franchise and HBO’s Mrs. Fletcher, who died in July of 2019, at the age of 20, following an epileptic seizure.

Runt was scripted by Coakley, Christian Van Gregg and Armand Constantine. Its producers were Carl Rumbaugh and Gregory Thomas. The pic made its world premiere at the 2020 Mammoth Film Festival, where it received the Audience Award for Best Feature Film.

“This film is very important in the climate we live in today,” said Cameron Boyce’s parents, Victor and Libby Boyce. “Cameron was incredibly proud of this film, and we believe his powerful performance will resonate deeply with all his fans throughout the world.”

“We are grateful to be working with 1091 Pictures, which understands the relevance and power of this story,” added Runt‘s producers. “We have also partnered with The Cameron Boyce Foundation and its Wielding Peace initiative to promote peace instead of violence and spread awareness of the consequences of gun violence. We are excited for audiences to see this powerful and thrilling picture.”

The Cameron Boyce Foundation was founded in July of 2019, to continue the philanthropic legacy of the late Cameron Boyce. Its mission is to raise awareness and research dollars for epilepsy and SUDEP (Sudden Unexpected Death in Epilepsy) through digital campaigns and programmatic partnerships. The foundation additionally supports other causes that were meaningful to Cameron, such as Wielding Peace (a campaign that encourages expression through creativity as an alternative to violence) and ending the global water crisis. More information on the foundation can be found here.