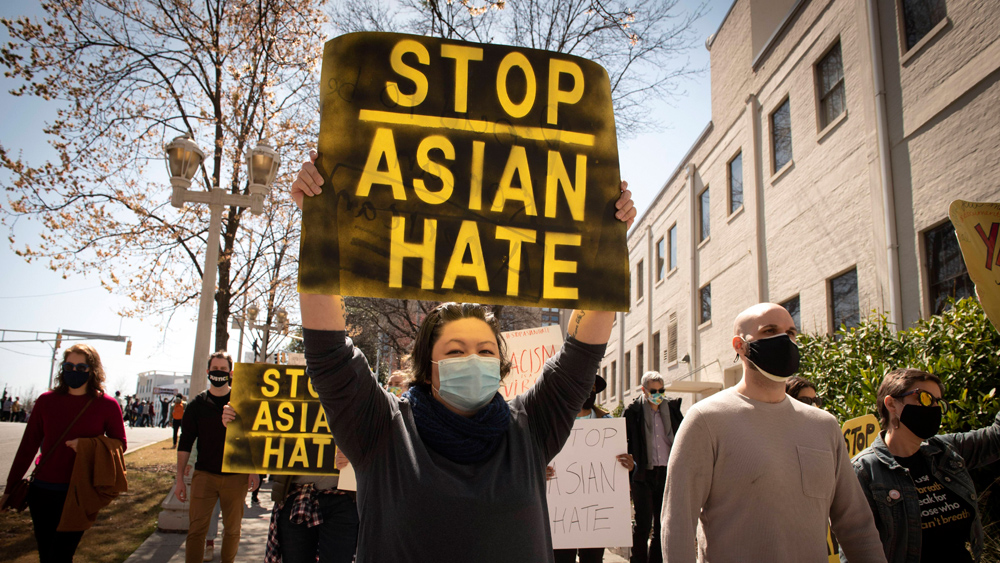 On Thursday, CAA kicked off the month of April with the CAA Amplify Town Hall to address the surge of violence against Asians and Asian Americans. These acts of violence and harassment have been on the forefront in the past week with the Atlanta shootings and the most most recent attack in New York City where a man brutally attacked 65-year-old Vilma Kari while saying racist remarks. The graphic attack can be seen in video footage — but what’s even worse is that the footage shows people witnessing the attack and not doing anything to help Kari.

The CAA Amplify Town Hall presented an opportunity for the Asian community in Hollywood and allies to speak about their experiences; to voice their concerns, and to offer some semblance of hope that could help bolster action. More importantly, it offered a platform for a community that has been silent for years to speak out.

Speakers for the Town Hall included prominent Asians in the industry as well as allies that spoke on a wide variety of topics that led to this moment in time. At the top of the Town Hall, Kevin Lin, Co-Head of CAA’s Cultural Business Strategy Group, spoke candidly and said that the event won’t solve all problems nor would it present all the answers. Instead, it was a platform for Asian voices, which have been historically silenced, to empower change.

Who We Be: A Cultural History of Race in Post-Civil Rights America author and cultural strategist, Jeff Chang spoke with Shang-Chi star Simu Liu about how anti-Asian racism isn’t anything new. He unpacked truth after truth citing the Chinese Exclusion Act of 1882 which impacted all Asians as well as how the murder of Vincent Chin. Two white men beat Chin to death in 1982 because they thought he was Japanese and blamed him for taking their jobs. The two men got away with murder. Meanwhile, Chin’s death still weighs heavy on the community.

Many who participated in the Town Hall shared their own experiences with harassment and/or microaggressions that they have experienced. At one point, Bennet stressed the importance of representation in Hollywood pointed out that Hollywood’s portrayal of the Asian experience and history has been told through a white lens.

Bennet said that it’s impossible to encapsulate what needs to be said when it comes to representation in a 10-minute panel — and that’s where media, storytelling and the arts come into play. “We have a lot of responsibility in the stories we tell,” she said, adding that many Asians have been presented with versions of themselves in media that were mainly created by white people.

Jenkins added, “Our stories have been written for us and they have not been representative of who we truly are and that leads to people hating us because they don’t know we truly are.”

While talking with Yang, Tran touched on her experience of the toxic reaction that she received when she played Rose Tico during the recent Star Wars films — simply for just existing as an Asian woman. Tran stood up for herself in a powerful New York Times article and garnered an enormous amount of support from the Asian community.

In addition, intersectionality within the Asian community and solidarity with the Black community was brought to light during the Town Hall. Musician H.E.R., who is half Filipino and half Black, spoke out about her experiences and the importance of solidarity while actress and advocate DeWanda Wise spoke with Bobby Hundreds, co-founder of The Hundreds; Anurima Bhargava, President of Anthem of Us and Kwame Kwei-Armah, artistic director of Young Vic about the power of allyship and how each of their experiences informed their sense of community.

To bring some levity to the Town Hall, Emily in Paris actress Ashley Park talked to charming Minari actor Alan Kim in a joyful conversation. If anything, it showed us that the future of Asian Hollywood is in good hands.

During the Town Hall, CAA agent Cindy Uh, who attended a vigil for the victims of the Atlanta shooting, said that she saw a sign during the vigil that said, “In our grief, we will fight for you.” This is a phrase that speaks for many in the Asian community right now.

It’s no secret that I am a very vocal advocate for marginalized communities — specifically the Asian and Asian American community. Being Filipino American, the recent acts of violence have had a severe impact on me as it has on all my Asian brothers, sisters and siblings. On March 16, when Xiaojie Tan, Daoyou Feng, Delaina Ashley Yaun Gonzalez, Paul Andre Michels, Soon Chung Park, Hyun Grant, Suncha Kim and Yong Ae Yue were murdered, I, like the entire Asian community took a devastating hit. I cried. I texted all my Asian friends to make sure to tell them that I loved them and that I see them. I contacted my parents and family to make sure that they were okay.

The Center for the Study of Hate and Extremism at California State University reports that anti-Asian hate crimes reported to police in America’s largest cities jumped nearly 150% in 2020. Since March of last year, more than 3,800 anti-Asian incidents in the United States alone have been reported to the Stop AAPI Hate center. The fact of the matter is, violence against Asians and anti-Asian racism is one part of a patchwork quilt of white supremacy that has blanketed the country since its inception.

I was faced with a choice: either stay silent or use my voice. I chose the latter.

All too often, Asians have been painted as subservient. We put our heads down and do the work and don’t complain. We don’t shake the table or ruffle feathers but now is the time to do both. If we don’t, our voices won’t be heard and, in turn, no change will happen.

There are many organizations that you could look into such as Stop AAPI Hate, Asian Americans Advancing Justice, AAPI Women Lead, Send Chinatown Love, and National Asian Pacific American Women’s Forum. Numerous GoFundMe pages have been launched for the victims of the spa shootings in Atlanta and one was recently launched for Vilma Kari. Beyond donating, allyship is important. Education on Asian history is important. Calling out anti-Asian racism — or any racism for that matter is important. Authentic representation is important. Make these issues known. Otherwise, they will go unnoticed and we’ll be in the same position a year from now.

Like Lin said at the beginning of the CAA Amplify Town Hall, this event was not designed to give all the answers. It was designed to bring attention to unearth Asian oppression that has been buried for decades — oppression that we felt like we weren’t allowed to talk about. It is about time we confront it and take the steps necessary to encourage the Asian community and allies to no longer be silent and take action.