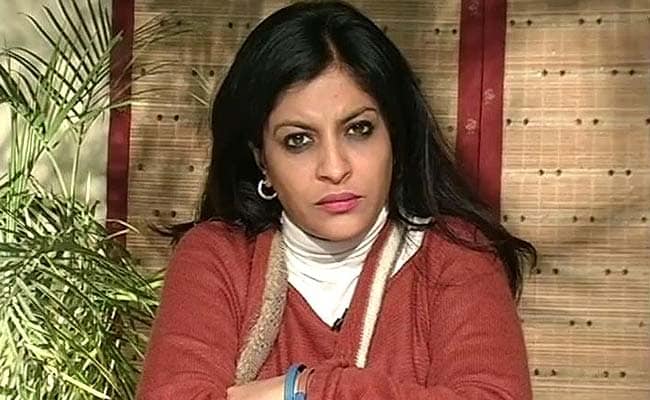 Shazia Ilmi said Akbar Ahmad was “very much abusive and humiliating” towards her. (File)

A case has been registered against former Bahujan Samaj Party (BSP) MP Akbar Ahmad “Dumpy” on a complaint by Delhi Bharatiya Janata Party (BJP) vice-president Shazia Ilmi accusing him of misbehaving with her at a private party, the police said today.

The police said the case was registered under sections 506 (threatening) and 509 (word, gesture or act intended to insult the modesty of a woman) of the Indian Penal Code.

Akbar Ahmad could not be reached for a comment and did not respond to messages on the matter.

In her complaint, Ms Ilmi alleged that Akbar Ahmad allegedly started “misbehaving with her and passed lewd remarks” at a dinner party in southwest Delhi’s Vasant Kunj area on February 5, according to the police.

Deputy Commissioner of Police (Southwest) Ingit Pratap Singh said they received a complaint from Ms Illmi, and based on it, the case was registered on February 7. He said that an investigation is underway in the case.

Ms Ilmi today said Akbar Ahmad was “very much abusive and humiliating” towards her at the gathering. She confirmed that a complaint was filed by her with the police.

All Delhi Government Vehicles To Switch To Electric Within 6 Months

<!-- -->Air quality in Delhi is a big cause of concern, especially during the winter monthsNew Delhi: All petrol, diesel and CNG vehicles...
Read more

Airtel Gained Highest Number of Subscribers Due to Better Network Quality in 2020: Opensignal