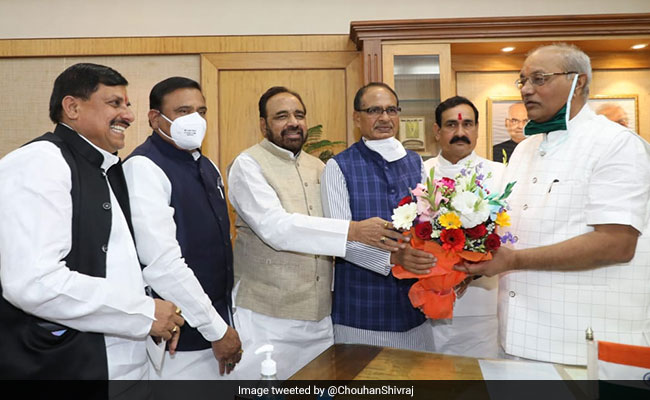 Girish Gautam, 68, is a four-term MLA from Deotalab constituency in Rewa district.

BJP MLA Girish Gautam was unanimously elected as Speaker of the Madhya Pradesh Assembly on the first day of the state budget session on Monday.

Chief Minister Shivraj Singh Chouhan moved a proposal in the House to elect Gautam as the Assembly’s Speaker.

The proposal was seconded by Home Minister Narottam Mishra, Medical Education Minister Vishwas Sarang and Agriculture Minister Kamal Patel, besides other members from the treasury benches and Leader of the Opposition Kamal Nath.

Mr Gautam filed his nomination for the post on Sunday.

The opposition Congress earlier said it had decided not to field its candidate for the post.

The post was lying vacant since March last year when NP Prajapati quit as the Speaker following collapse of the then Congress-led government, after several MLAs resigned from the party and their Assembly membership.

The BJP subsequently returned to power in the state under the leadership of Shivraj Singh Chouhan.

Chief Minister Chouhan, Mr Nath and some other House members flanked Mr Gautam to the Speaker’s chair as a tradition.

Mr Gautam, 68, is a four-term MLA from Deotalab constituency in Rewa district.

Earlier, Mr Sharma, who completed nearly eight months as the pro-tem speaker, said he remained on the august Chair for such a long time due to the COVID-19 situation.

Both Mr Chouhan and Mr Nath congratulated Mr Gautam on becoming the Speaker and expressed hope that he will conduct business of the House as per best traditions of the Assembly.

“Gautam is a leader who has been always rooted to the ground since the beginning. He fought against injustice faced by the poor and downtrodden,” Mr Chouhan said.

On the occasion, Mr Gautam said now, he neither belongs to the treasury nor the opposition.

“I will remain unbiased in conducting proceedings of the House,” he added.