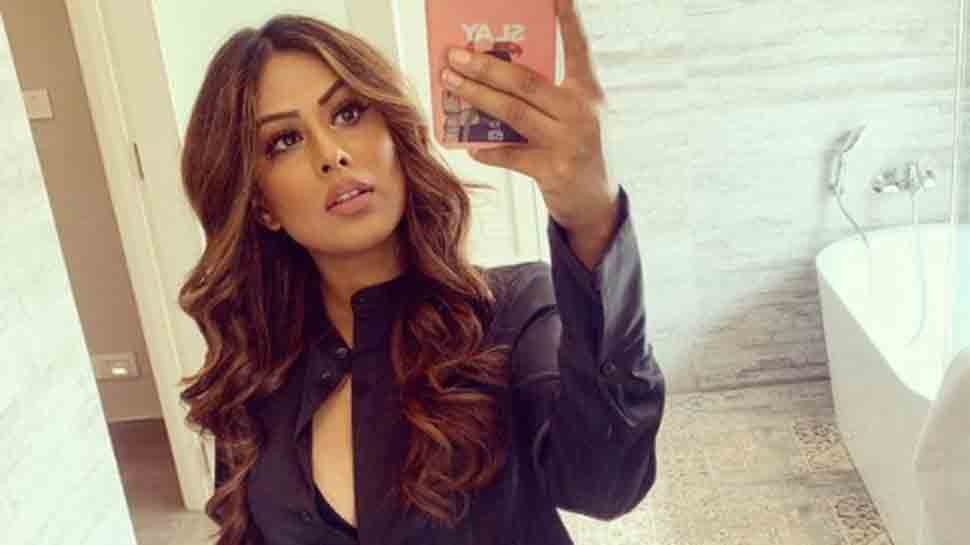 New Delhi: Bigg Boss OTT is now a few weeks old and looks like the makers are all set in a mood to call in their first wild card entry to spice up things among contestants in the show. Recently, the Bigg Boss OTT show host Karan Johar announced that a wild card entry will take place soon after which everyone in the house had been on the edge.

And now we have learnt that popular television actress Nia Sharma is all set to enter the show this September 1. The actress too has given her consent to become a part of the show and shared her excitement with her social media fans. “Chalo kuch toofani Karte hai…BB OTT on September 1st,” she wrote on her Instagram. In the pictures, Nia can be seen posing in a white sweater paired with matching shorts. She completed her look with pink shoes and tied up hair.

This is not the first time when reports of Nia being the part of the show is doing rounds. However, this time the actress has finally agreed to join the show and is soon going to be locked up.
Meanwhile, the contestants who are currently part of Bigg Boss OTT are Shamita Shetty, Raqesh Bapat, Milind Gaba, Akshara Singh, Neha Bhasin, Pratik Sehajpal, Nishant Bhat, Muskaan Jattana and Divya Agarwal.

Bigg Boss OTT, hosted by filmmaker Karan Johar, will last for six weeks and is currently in its fourth week. The 15 edition of the televised version of the show will be hosted by Salman Khan.