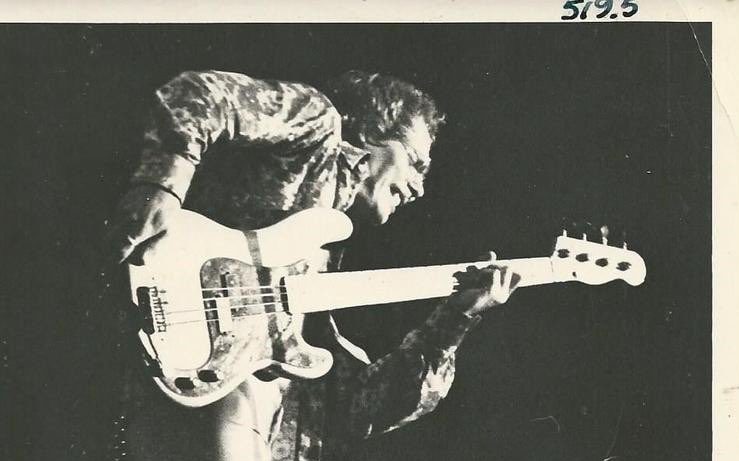 Tim Bogert, who was part of such major acts as Vanilla Fudge and Cactus, and later in the super-group Beck, Bogert & Appice, died today of cancer at 76. His death was confirmed by his former bandmate Carmine Appice.

At his death, he was working with Beck and Appice on a forthcoming live Beck, Bogert & Appice album

Bogert was long considered one of the great rock bassists during the heyday of the genre in the 1960s and ’70s, one of the few early rockers whose solos could hold an audience.

“Today we mourn the loss of our friend and former faculty member, #TimBogert. A statement from MI Bass instructor, Maurice Verloop: MI and the global bass community have had the great fortune of experiencing one the great pioneers of bass guitar in our lifetime. We celebrate his contributions as an artist, educator and human being. His groove will live on through all the students he inspired and his impressive catalog of recordings. You are missed.”

Born John Voorhis Bogert III on Aug. 27, 1944 in New York City, Bogert was part of Vanilla Fudge from 1967-1968, recording five albums with a band that included Appice. They both moved on to form Cactus, and started playing with Beck when his Jeff Beck Group group disbanded. That evolved into the power trio Beck, Bogert & Appice in 1972, which lasted into 1975.

Throughout the ensuing years, Bogert teamed with such acts as Grateful Dead guitarist Bob Weir, the UK group Boxer, and with guitarist Rick Derringer. In 1981 Bogert became a faculty member at the Musicians Institute in Hollywood.

The Hollywood Rock Hall of Fame recognized Bogert in 1999, and he again teamed with Appice in a series of touring groups.

No information was immediately available on survivors.

John Olver had a lot to unpack as Last Week Tonight hits its first birthday in the white void. For those who are...
Read more
Hollywood

“He Deserves This” – Deadline

Last week, Chadwick Boseman won a posthumous Golden Globe for his role in Ma Rainey’s Black Bottom and the celebration of the late,...
Read more
Hollywood

On Sunday, the 26th annual Critics Choice Awards hosted by Taye Diggs took place on a virtual and in-person stage with Nomadland and The Crown walking...
Read more