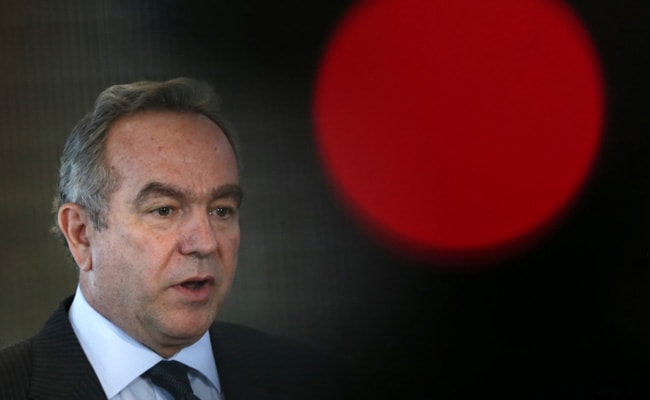 U.S. President-elect Joe Biden has picked an Obama-administration veteran, Kurt Campbell, to be his senior official for Asia policy, including the relationship with China, a spokeswoman for Biden’s transition said on Wednesday.

Campbell, who served as the top U.S. diplomat for Asia under President Barack Obama and Secretary of State Hillary Clinton, is considered an architect of their “pivot to Asia” strategy, a vaunted but so far limited U.S. rebalancing of resources to the region.

“I can confirm Kurt will be coordinator for the Indo-Pacific at the NSC,” the transition spokeswoman said, referring to the White House National Security Council.

Campbell, 63, has run the Asia Group business strategy consultancy and advised Biden’s campaign. He is co-founder of the Center for a New American Security think tank.

Campbell outlined his approach to Asia in a 2016 book entitled “The Pivot” which advocated strengthening existing alliances with Japan and South Korea and building closer relations with states like India and Indonesia in the face of a rising China.

He has since endorsed some of the tough approaches towards China adopted by the Trump administration and also praised some of outgoing President Donald Trump’s unprecedented dealings with North Korea.

He also has backed away from his past support for a Trans-Pacific Partnership trade agreement that Washington negotiated under Obama and from which Trump withdrew.

Probably Campbell’s greatest challenge will be finding ways to recalibrate Trump’s fractious relationship with Beijing to an extent that allows for Biden’s aim of cooperation on issues such as climate change and North Korea, while maintaining attempts to change Chinese behavior.

Last month, Campbell said Washington’s “ticket to the big game” in Asia was the U.S. military presence and its ability to deter challenges to the current “operating system” – a reference to China’s bid to establish itself as the dominant regional power.

He said the United States must demonstrate a vision for “an optimistic, open trading system,” working with allies and denying China access to areas where it was necessary to maintain a cutting edge, such as artificial intelligence, robotics or 5G.

While warning that rejoining multi-lateral trade agreements could not be expected at the start of a Biden administration, given the U.S. domestic mood, he also said a new China-backed Asia-Pacific trade deal and Beijing’s interest in the TPP should be “a real wake up call” to the United States.

Also last month, Campbell said the incoming administration would have to make an early decision its approach to North Korea and not repeat the delay of the Obama era, which led to “provocative” steps by Pyongyang “that basically headed off any possibility of engagement.”

Campbell praised Trump’s unprecedented summits with North Korean leader Kim Jong Un, even though no progress has been made persuading him to give up nuclear weapons and missiles.

“I think some boldness is appropriate in American foreign policy, particularly in Asia,” said Campbell, who also has spoken of maintaining strong backing for Taiwan, something Trump and his Secretary of State Mike Pompeo boosted. Beijing sees the island as a renegade province.

Campbell has said Republicans and Democrats need to work together on China, saying in a speech in October that Washington faces “a period of deep strategic competition” with Beijing and must dispel the notion that America was in a “hurtling decline.”

“We have to convince other countries we have our own house in order,” he said. Without both parties working together on China and Asia, he added, “we will, in all likelihood, fail.”

Fight Back As Long As I Can

US Authorizes Johnson & Johnson COVID-19 Vaccine For Emergency Use