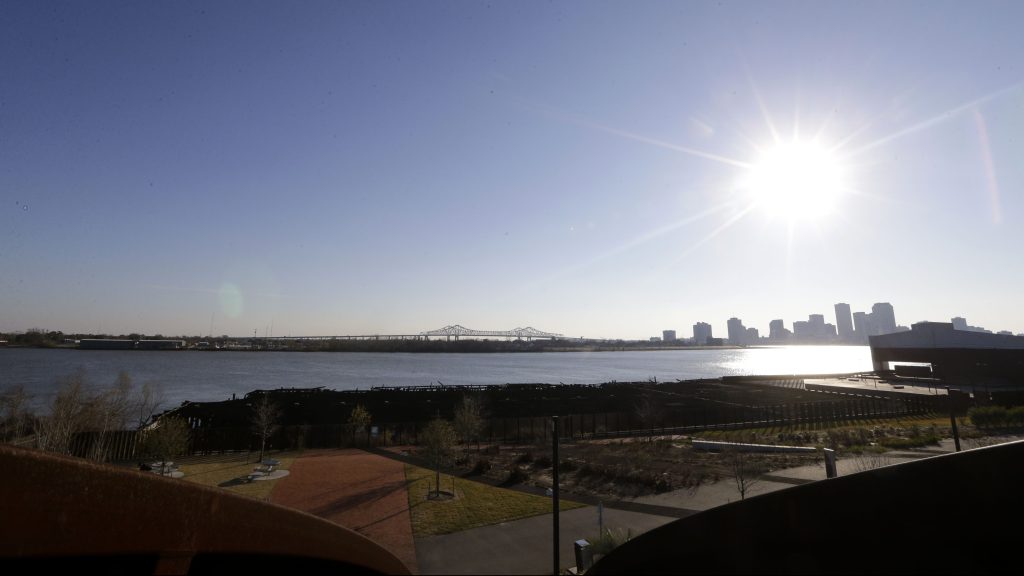 News this morning that a Category 3 Hurricane is forecast to make landfall in Louisiana on Sunday, which makes the exact day that Hurricane Katrina devastated the city 16 years ago.

New Orleans Mayor Latoya Cantrell has called for all those who live outside the city’s protective levee system to evacuate. According to the Associated Press, they mayor also asked those inside the levees to voluntarily evacuate ahead of Hurricane Ida’s landfall on Sunday.

“Now is the time to start,” Cantrell said.

NBC reported that the east side of the city may get 7 to 11 feet of water from a combination of storm surge, high tide and torrential rain. Local levees may see overflow, according to the report.

The multiple Hollywood productions currently working in the city are swiftly preparing for contingencies associated with the storm.

Working on the sixth episode of its eight-episode second season, Ava DuVernay’s Cherish The Day shut down yesterday with a shelter in place order to prepare for the incoming Ida. With the entire Gulf Coast now under threat, the production of the OWN series moved to an evacuation this morning.

“Like all productions and studios, we’re working to figure out what the best course is,” Cherish The Day executive producer Paul Garnes told Deadline. “We have a hurricane plan that we put before every season, just for this particular emergency,” the ARRAY Filmworks boss added. “As the weather and the storm quickly turned from not coming to New Orleans to being a tropical storm to being a Hurricane 1 and now projected as a Hurricane 3, we escalated up that plan.”

Of course, DeVernay and Garnes have a fair degree of experience with how quickly things can in fact change in the Bayou State — the acclaimed Queen Sugar has filmed in Louisiana for six seasons so far.

“We wanted to make sure that our crew, who lived in those affected areas would have time to do what they have to do,” Garnes noted of the measures Cherish put in place as Louisiana Gov. John Bell Edwards declared a state of emergency for those living outside NOLA’s fabled levees. “And today we decided to move forward with moving our out of town crew and cast to a safe place, So, many went to Los Angeles, some went to nearby cities like Atlanta to basically shelter there.”

Will Smith and Antione Fuqua’s Emancipation is also making contingency plans. While evacuation orders are still voluntary, producers of the Apple Original Film have reserved a block of rooms in Atlanta for any and all cast and crew who would like to evacuate. Buses will be provided to shuttle those people. In the event of a mandatory evacuation, cast and crew are being strongly urged to decamp to Atlanta. The production is also taking pains to keep track of its people as the storm approaches, so it can help them in whatever way possible.

According to a listing from Film New Orleans, which is part of the mayor’s office, there are at least three other productions shooting in the city. They are Disney’s Ultraviolet & Black Scorpion; Netflix’s We Have a Ghost, which stars New Orleans native Anthony Mackie; and an untitled voodoo-related series from Epix.

When asked about the state of production in the city, a Film New Orleans representative told deadline that “nothing has been mandated by the city.” The official also made plain that companies are free, of course, to suspend production on their own until the storm passes.

A new report on Friday from the UK Health Ministry indicated the rising prevalence of a new offshoot of the Delta variant of...
Read more
Hollywood