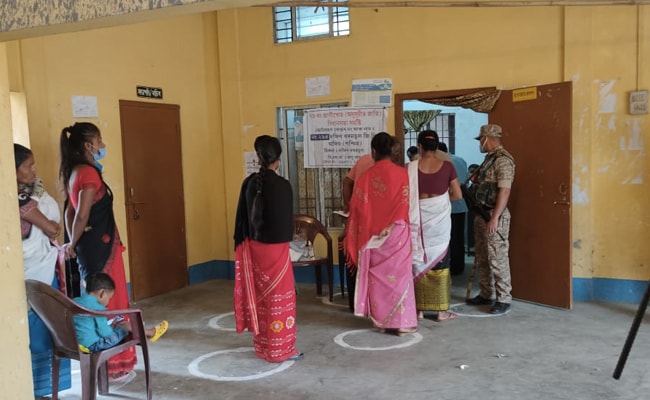 Assam Assembly Election 2021: The third and last phase of Assam polls is being today

Voting for the third and last phase of the fiercely contested election to the legislative assembly in Assam will be held today. 40 seats are up for grabs in the final round of the fight to win as many of the 126 seats.

People in the Bodoland region will also vote today. The Bodoland People’s Front (BPF) candidate Rangja Khungur Basumatary from Assam’s Tamulpur joined the BJP just days before polling in his constituency, and after the deadline for withdrawal of nominations.

The BPF was once an ally of the BJP. It is now contesting in an alliance with the Congress and AIUDF.

The fate of 20 MLAs, including eight from the Congress, five from the BJP, three each from the AIUDF and BPF and one from AGP will be decided in the final phase.

Singer Kalpana Patowary is contesting on an AGP ticket from Sarukhetri, while journalists Manjit Mahanta and Hridyananda Gogoi are locked in a battle in Dispur on Congress and NCP tickets, respectively.

The ruling BJP is contesting 20 constituencies while its allies AGP in 12 and UPPL in eight. The Congress is contesting 23 seats while its partners AIUDF in 12, BPF in eight and CPI(M) in one. A friendly contest will be seen between the AIUDF and Congress in four seats.

There are over 79 lakh general voters and over 26,000 service voters in the third phase. Gauhati West has the maximum number of candidates with 15, and Boko (SC) has the least with only three.

930 companies of security forces – one company has roughly 100-120 personnel – have been deployed for election in Assam, of which 320 companies are for the third phase.

The Assam election this year is the first election in the north-east after the Congress was ousted from the region.

The BJP’s pitch is to protect the rights, land, culture, language and indigenous communities of Assam from migrant settlers. Development and flood-free Assam are the other pitches of the BJP.

The Congress has promised to push against the Citizenship (Amendment) Act or CAA if voted to power.