Assam Records Over 77% Turnout In Phase 2 Of Polls, 5 Injured In Violence 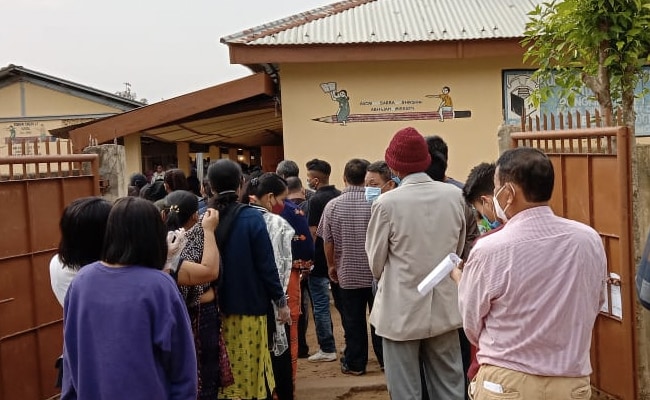 A voter turnout of around 77.21 per cent was recorded in the second phase of the assembly election in Assam on Thursday. The turnout dropped when compared to 82.7 per cent in 2016.

The polling, which was largely peaceful, reported stray incidents of violence in Sonai and Kalaigaon constituencies in which five people were injured.

At Sonai in Cachar district, according to police sources, the personal security officer to former Deputy Speaker Aminul Islam Laskar of the BJP had fired a few rounds of bullets to protect the MLA when he was “gheraoed” by the public.

“According to reports, three people sustained injury in the incident,” a top police official said.

The injured were taken to the nearest hospital.

Mr Laskar is the sitting MLA and the candidate from Sonai constituency. He is also the deputy speaker of the state assembly and the only Muslim BJP MLA in Assam.

According to local reports, a fight broke out at the polling booth after Mr Laskar expressed displeasure on the way polling was conducted in the booth.

The injured were sent to a hospital in Mangaldai in central Assam’s Darrang district.

No casualties have been reported so far.

Sonai and Kalaigaon are among the 39 constituencies from Barak Valley, parts of central Assam and the two hill districts — Karbi Anglong and Dima Hasao — that went for polls on Thursday in the second phase of the Assam election.