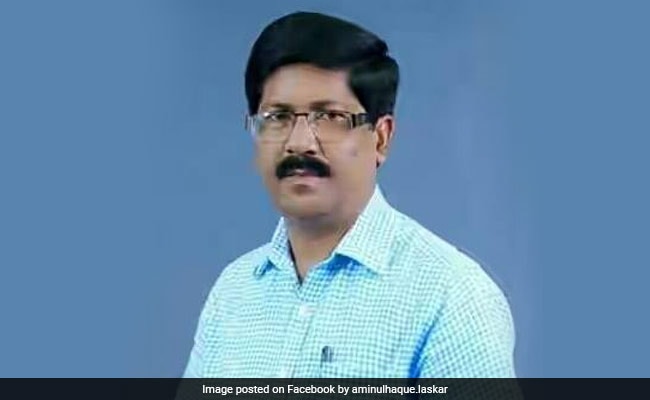 Assam Assembly Deputy Speaker Aminul Haque Laskar has been quizzed twice and five police personnel attached to him have been suspended after they opened fire on public during second phase of polling, officials said today.

At least three people were injured in the firing by the body guards of Mr Laskar on April 1 after clashes broke out between supporters of BJP and AIUDF inside the polling station at 463 Madhya Dhanehori LP School of Sonai constituency.

Police sources said Mr Laskar was interrogated twice for several hours during the last 48 hours and his statements have been recorded in front of a magistrate.

Sitting MLA Laskar is having a direct fight with Karim Uddin Barbhuiya of the AIUDF on Sonai seat.

Cachar Superintendent of Police Bhanwar Lal Meena said that all the nine police personnel attached to the deputy speaker have been removed from the duty with immediate effect in view of the ongoing probe.

“Out of them, five police personnel have been suspended in connection with the firing. Among them, three are the body guards of Laskar and two are the security personnel of the escort vehicle,” Mr Meena said.

Mr Meena said another soldier, Lakhikanta Mahato of the Indian Reserve Battalion of Jharkhand, had also opened fire on the public during the incident.

“As he is not directly under Cachar Police, so we cannot take any action. We have taken appropriate steps to inform the matter to his department for necessary action,” he added.

The official said these people were suspended on the allegation of entering inside the polling station without permission and firing on public without due order.

“(Aminul Haque) Laskar can enter the polling station as a contesting candidate, but he cannot enter with the security personnel,” he added.

Meanwhile, the Cachar district Deputy Commissioner Keerthi Jalli has ordered a magisterial inquiry into the incident.

According to the Dhanehori gaon panchayat president Lutfa Begum, public protested when Mr Laskar entered the polling booth while voting was going on during the second phase on April 1.

“People alleged that he has tried to rig the voting. Many people rushed to the spot and confined Laskar in a room. This turned the situation tense. A clash broke out between supporters of Laskar and his opponent,” she had said.

“When a big crowd gathered and they tried to manhandle Laskar, his PSOs fired. In this, at least three persons were injured and they were admitted to hospitals,” Ms Begum had claimed.

An estimated 79.39 per cent polling took place in Sonai, while the second phase of voting in Assam saw a turnout of 80.96 per cent.

Facebook
Twitter
Pinterest
WhatsApp
Previous article“The Power” Writer-Director Corinna Faith on Tackling Toxic Institutions in a Period Setting
Next articleA Twitter User Asked Abhishek Bachchan To Name A Reason He Should Watch The Big Bull, So He Did