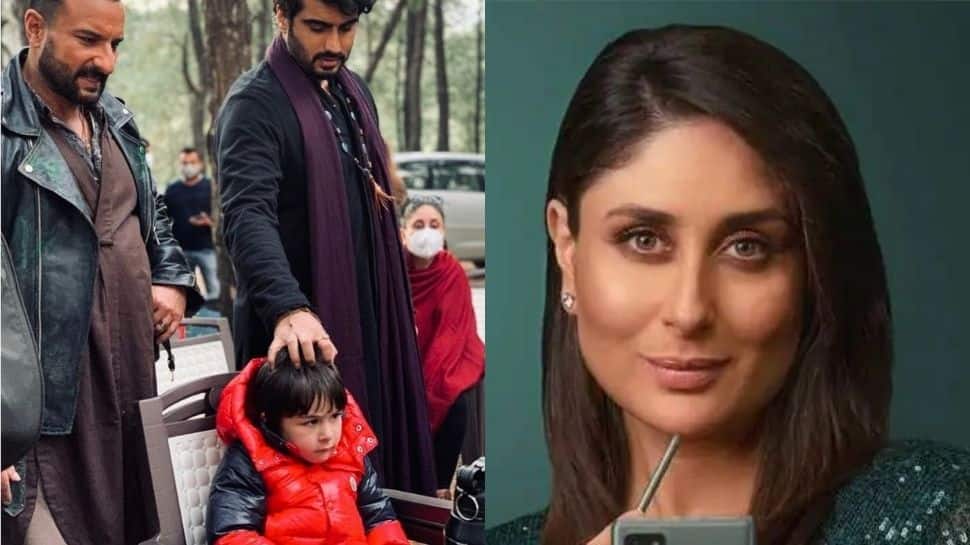 New Delhi: Bollywood actor Arjun Kapoor had a sweet belated birthday wish for Kareena Kapoor Khan and it’s unmissable! On Thursday (September 23), the actor took to Instagram to share a cute birthday post along with a picture of him and Taimur.

The ‘Sardar Ka Grandson’ actor jokingly wrote in the caption that this post was simply an excuse to post his pic with Tim (Taimur Ali Khan) and Saif Ali Khan.

He wrote, “Happy belated birthday Bebo !!! I just wanted an excuse to post this image of Tim, Nawab Saab & Me but we all know even out of focus you shall always be the centre of attention in every frame…Here’s to more good times on & off set especially when we make you also do the sequel to Bhoot Police!!!”

She had turned 41 years old on Tuesday (September 21). The actress spent her special day with her husband Saif Ali Khan and sons Taimur Ali Khan and Jehangir Ali Khan in the Maldives.

Before heading off on a tropical vacation with her family, Kareena was busy shooting for her upcoming film with Aamir Khan – ‘Laal Singh Chaddha’.

Speaking of ‘Laal Singh Chaddha’, the film is an official adaptation of Tom Hanks starrer Forrest Gump. Earlier portions of the film have been shot in several locations including Ladakh, Kashmir, Punjab, New Delhi and Himachal Pradesh.

Besides this, the film also stars their ‘3 Idiots’ co-star Mona Singh and Naga Chaitanya. It is helmed by Advait Chandan and slated to arrive in theatres on Christmas 2021.

The House committee set up to investigate the January 6th insurrection voted unanimously on Tuesday to recommend that Steve Bannon be held in...
Read more
World

MUMBAI: The special Narcotic Drugs and Psychotropic Substances (NDPS) court in Mumbai will on Wednesday pass its order on the bail plea of...
Read more