Apple’s App Store Was Hosting an Online Casino App Disguised as Children’s Game: Find Out How 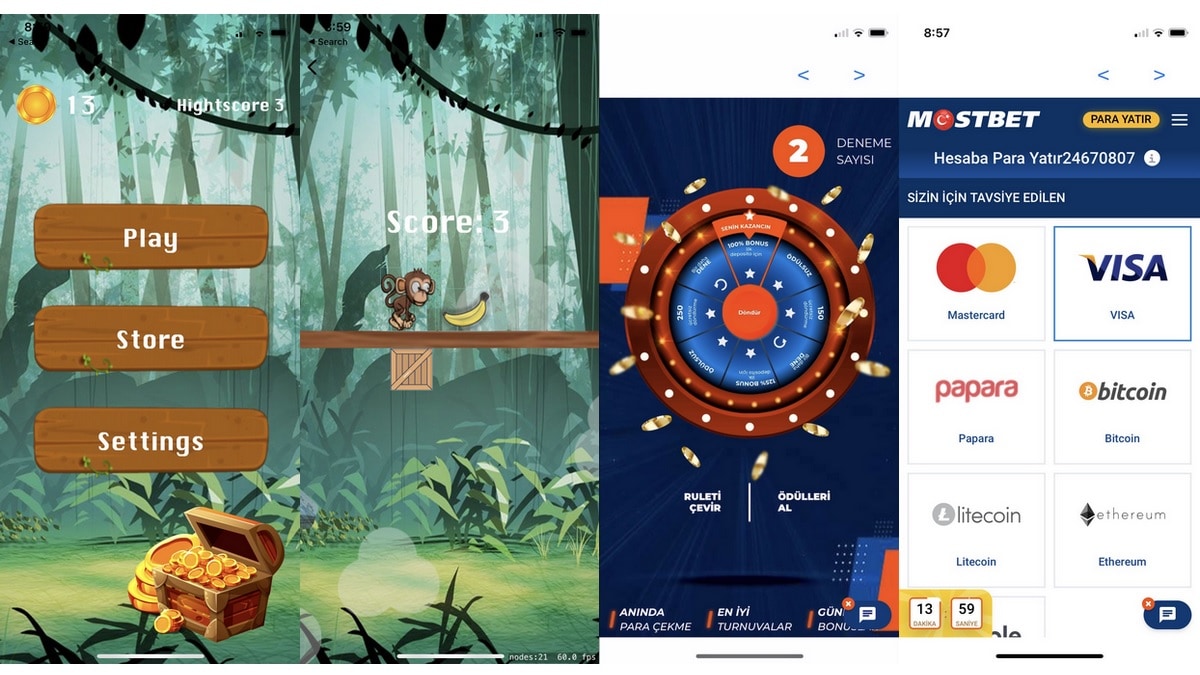 
Apple’s App Store has been criticised multiple times in the past for hosting scam apps that make it through the company’s supposedly stringent review process. The latest app to have gotten through to the store is Jungle Runner 2K21 — a seemingly simple platformer game for children four years and over — but is actually an online casino, as discovered by a prolific app developer. The developer shared his findings on Twitter on April 15 and the Jungle Runner 2K21 game has since been removed from the App Store.

App developer Kosta Eleftheriou, who created the Apple Watch keyboard app FlickType, discovered that an online casino app was disguising itself as a children’s game called Jungle Runner 2K21 on the App Store. On the surface, it appears to be a regular platformer for children aged four and up and has an icon and description to match. However, when opening the app with a VPN connected to Turkey, it opens as an online casino, as shared by Eleftheriou on Twitter.

This @AppStore app pretends to be a silly platformer game for children 4+, but if I set my VPN to Turkey and relaunch it becomes an online casino that doesn’t even use Apple’s IAP.

The developer also noted that the app does not use Apple’s in‑app purchases (IAP). Instead, they accept payments through the app via Mastercard, Visa, Papara, and multiple cryptocurrencies. Through a series of tweets, Eleftheriou pointed out that the app was active on the App Store for a few months. Some reviews of the app state that people paid large sums hoping to get a promised bonus but they never got the payout they should have.

The developer behind Jungle Runner 2K21, Colin Malachi, has another app called Magical Forest – Puzzle that does the same and is a front for gambling, The Verge reported. Additionally, according to a report by Daring Fireball, the developer of Jungle Runner 2K21 is showing the casino websites in a Web view through the game and not actually running online casinos. He does collect bonuses when people sign up using his embedded affiliate code. This app shows different local casinos when in other countries or when using a VPN for that country.

This isn’t the first time Eleftheriou has caught a scam on the App Store. Earlier this year, the developer spotted an app by another developer named Dragon Game Studio that was a scam, marked by its highly positive ratings and immensely negative reviews. At the time, Apple told The Verge that it has “stringent rules against apps and developers who attempt to cheat the system.” It stated that in 2020, over 500,000 developer accounts were terminated for fraud and over 60 million user reviews considered spam were removed from the App Store.

Eleftheriou also spotted several keyboard apps that were using fake reviews and fake ratings to gain popularity and asking for money for a subscription without giving any explanation. All these apps were removed from the App Store. Since then, the developer has shed light many such apps that take unfair advantage of the App Store users.

Clearly, scammers are exploiting users’ trust in the App Store to push their apps and are promoting them using illegal methods. The responsibility here lies on Apple as it claims to have a strict and robust review process where experts review each and every app. In its current App Store app review policy, Apple says, “If you attempt to cheat the system (for example, by trying to trick the review process, steal user data, copy another developer’s work, manipulate ratings or App Store discovery) your apps will be removed from the store and you will be expelled from the Developer Program.”

It should be noted that Apple allows casino games that involve real money on its store as long as they have the “necessary licensing and permissions in the locations where the App is used.” These apps “must be geo-restricted to those locations and must be free on the App Store.” It also states, “We will reject apps for any content or behaviour that we believe is over the line. What line, you ask? Well, as a Supreme Court Justice once said, “I’ll know it when I see it”. And we think that you will also know it when you cross it.” So, an online casino app that disguises itself as a kid’s game, like in the case of Jungle Runner 2K21, is definitely “over the line.”

Gadgets 360 has reached out to Apple for a comment. This report will be updated when we hear back.

Is OnePlus 9R old wine in a new bottle — or something more? We discussed this on Orbital, the Gadgets 360 podcast. Later (starting at 23:00), we talk about the new OnePlus Watch. Orbital is available on Apple Podcasts, Google Podcasts, Spotify, and wherever you get your podcasts.