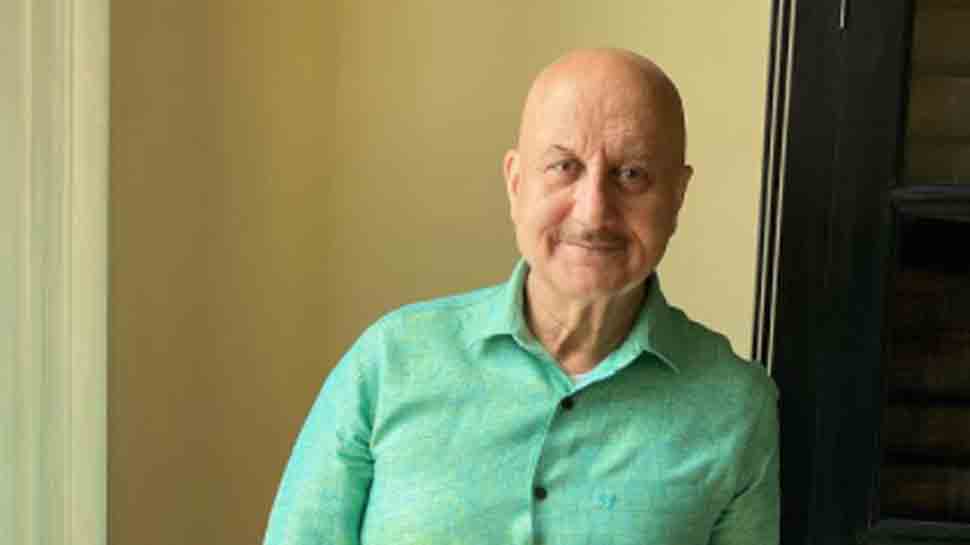 The ‘Hotel Mumbai’ actor took to his Instagram handle and shared the poster along with the caption, “Excited to share the first look of our short film #HappyBirthday!! It has already been selected at some prestigious international film festivals! Hope you like it!”

Speaking about his journey throughout the making of this short film to sharing his joy of making it to the Paris Play Film Festival, Anupam said, “I enjoy working with young talent as they are enthusiastic and eager. They keep me charged as I take it as a challenge to keep reinventing myself. The short film is especially exciting and it gives me an opportunity to do something different. I’m glad that Happy Birthday is garnering international recognition. Congratulations to the entire team.”

Speaking about selecting the movie, Aahana said, “I instantly said a Yes to the film the minute, I read the script I think it was very very powerful script. It was very moving and you know it’s a Dark thriller despite that the performances of the actors will hold. Because the script is written so well.”

She then spoke about the film being selected for the Paris Play Film Festival and added, “I am so excited that it has been selected for the Paris Play Film Festival and I really look forward to the finals because I really think this film has great potential. Director Prasad (Kadam) has done a fantastic job along with the entire team and the credit goes to the crew and Anupam sir, off course so happy to be sharing screen space with him once again, I couldn’t be happier than this.”

The film, which has also been selected for the New York City International Film Festival, will mark Anupam and Aahana’s second collaboration after featuring in the 2019 critically-acclaimed movie ‘The Accidental Prime Minister’.

Directed by Prasad Kadam, ‘Happy Birthday’ is produced by FNP Media. The upcoming short film, being touted as a dark thriller, also marks the second collaboration between Kadam and FNP Media, who are coming together post ‘Chuha Billi’.

The short film is scheduled to release in 2021.

Apart from ‘Happy Birthday’, Anupam has several other projects in the pipeline including ‘The Last Show’, ‘Mungilal Rocks’, and ‘The Kashmir Files’.