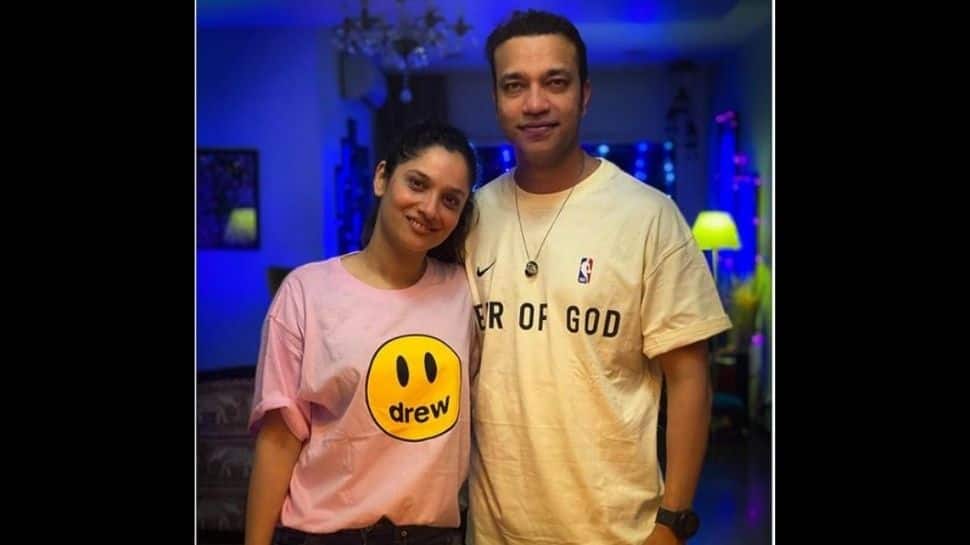 
New Delhi: Television actress turned Bollywood star Ankita Lokhande and beau Vicky Jain, who have been together for more than 3 years now, never miss a chance to woo their fans with their adorable posts.

Ankita Lokhande took to Instagram and shared awe-inspiring pictures of the duo with heartfelt captions. The couple can be seen twinning in pastel-shade tees, celebrating their love with a cake.

Ankita captioned the first picture and wrote, “The tides move in harmony with you,”

In another pic, she wrote, “Worlds change, When eyes Meet.”

Vicky Jain has always stood like a rock through Ankita’s thick and thin.

Ankita shot to fame through her popular TV show ‘Pavitra Rishta’ which also starred her ex-boyfriend and late actor Sushant Singh Rajput. She has also worked in shows including- ‘Ek Thhi Naayka’ and ‘Shakti – Astitva Ke Ehsaas Ki’ to name a few.

She made her Bollywood debut with  ‘Manikarnika: The Queen of Jhansi’ and was later seen in a supporting role in ‘Baaghi 3’.