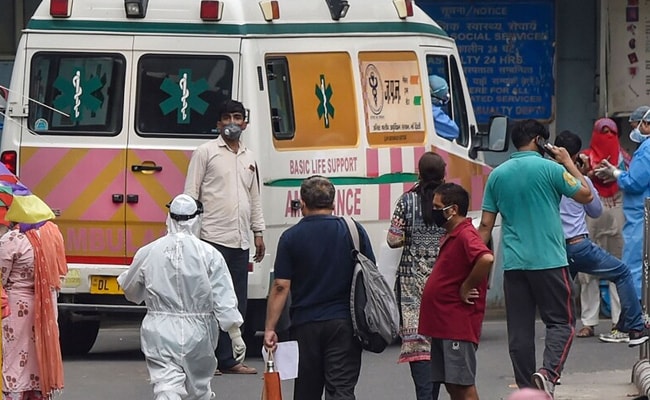 “The ambulance driver said it would cost him Rs 14,000,” police said. (Representational)

The Delhi Police has arrested an ambulance driver for allegedly charging Rs 14,000 to ferry the body of a person who died of COVID-19 to the crematorium, officials said on Sunday.

Kandhi Lal was charging the exorbitant amount for a distance of 6 kilometers, they said.

On Saturday, after receiving a tip-off about the driver, the police laid a trap.

“Constable Mahesh called the ambulance driver and asked him to ferry the body of a person who died of COVID-19 to Nigam Bodh Ghat from NuLife Hospital,” the police said.

“The ambulance driver said it would cost him Rs 14,000 and sent a slip to give the money,” Additional Deputy Commissioner of Police (northwest) Guriqbal Singh Sidhu said, adding that the distance between the two destinations was six kilometres.

A case was registered and 45-year-old Lal, a resident of Jamuna Bazar, was arrested. Efforts are being made to track down and arrest his accomplice, police added.