Ajinkya Rahane Spending Quality Time With Daughter Is The Cutest Thing The On Internet. See Pic 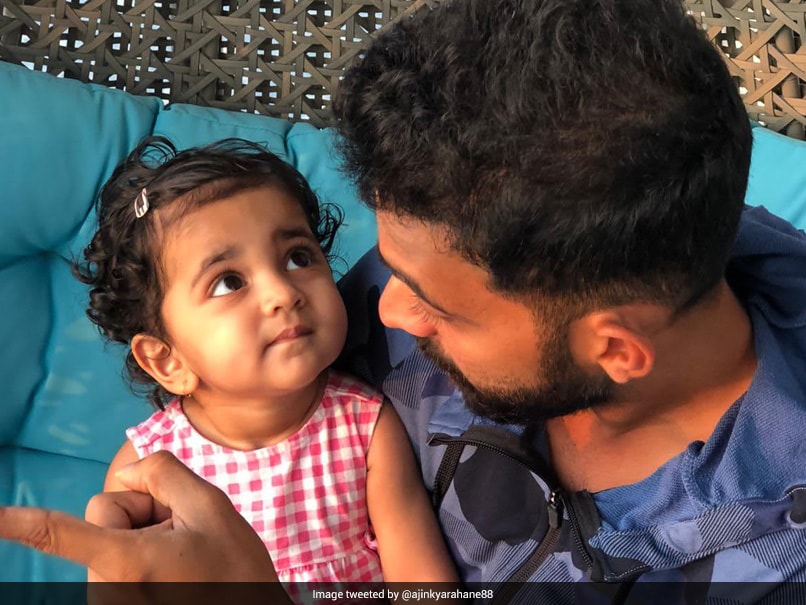 Ajinkya Rahane, a day after returning home to a hero’s welcome, took to Twitter to share an adorable picture spending quality time with his two-year-old daughter. Leading the team in regular skipper Virat Kohli’s absence, Rahane guided India to a memorable 2-1 series win over Australia. After spending five months on the road, during which he travelled to two countries and eight cities, India’s Test vice-captain was finally back to his “favourite city” among his favourite people. “5 months. 2 countries. 8 cities later, back to spending some quality time with my favourites, in my favourite city,” Rahane captioned the picture on the micro-blogging site.

5 months. 2 countries. 8 cities later, back to spending some quality time with my favourites, in my favourite city pic.twitter.com/vdmC15esfb

After Kohli returned back home after the first Test — which India had lost by eight wickets, Rahane took over the captaincy and led by example, scoring the only hundred by an Indian player in the series in Melbourne. Rahane’s superb performance lifted the mood in the side and they went on to win the match, levelling the series at 1-1.

Rahane finished the series with fifth-highest run-scorer with 268 runs from eight innings. While MCG saw his batting masterclass, Rahane earned wide applause for his leadership skills.

After India lost several key players due to injuries, Rahane showed great trust in the inexperienced players and they rose up to the occasion and delivered for the team.

Fast bowlers Mohammed Siraj, who made his Test debut in the second Test at the MCG, was one of the finds of the series for India as he finished as the most successful bowler in the team with 13 wickets.

After picking his maiden Test five-wicket haul, Siraj spoke highly about Rahane’s leadership and thanked him for showing trust in him and other youngsters. “I would like to thank Rahane who showed trust in me and the youngsters. He was constantly talking to me and he gave me confidence,” said Siraj at the end of day four play at the Gabba.