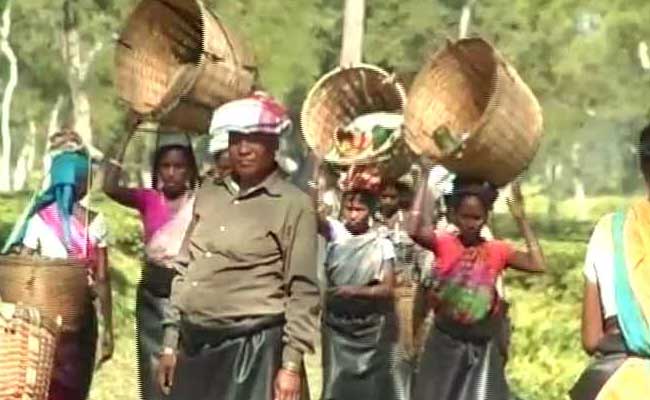 With barely two months to go for the assembly election in Assam, the Sarbananda Sonowal government today decided to increase the daily wages of tea workers from Rs 167 to Rs 217.

“For equal wage of small tea workers’ one-man committee under Principal Secretary Dr JB Ekka will be formed. Wage of tea workers increased from Rs 167 to Rs 217,” the state cabinet said in a statement.

With close to 10 lakh tea workers and over 60 lakh population of the tea tribe community, they are a major vote bank in Assam. Over the years, Assam tea votes have seen a shift from Congress to the BJP.

The tea tribe community is a determining factor in as many as 35 assembly seats, out of a total 126.

The wage revision for tea workers has been a major election issue. Only last week, Congress leader Rahul Gandhi in his first election meeting in Assam’s Sivasagar had promised a daily wage of Rs 365 if voted to power.

The tea tribe community has been long demanding a daily wage of Rs 351.

The Congress had alleged that Prime Minister Narendra Modi promised to revise the daily wages of tea workers in Assam to Rs 350 prior to the 2014 Lok Sabha polls.

Recently, a direct benefit transfer of Rs 3,000 each was credited in about 87 lakh bank accounts of tea garden workers by the BJP government.

1962: The War In The Hills Review – Abhay Deol Is Perfectly Cast In This Military Action Drama