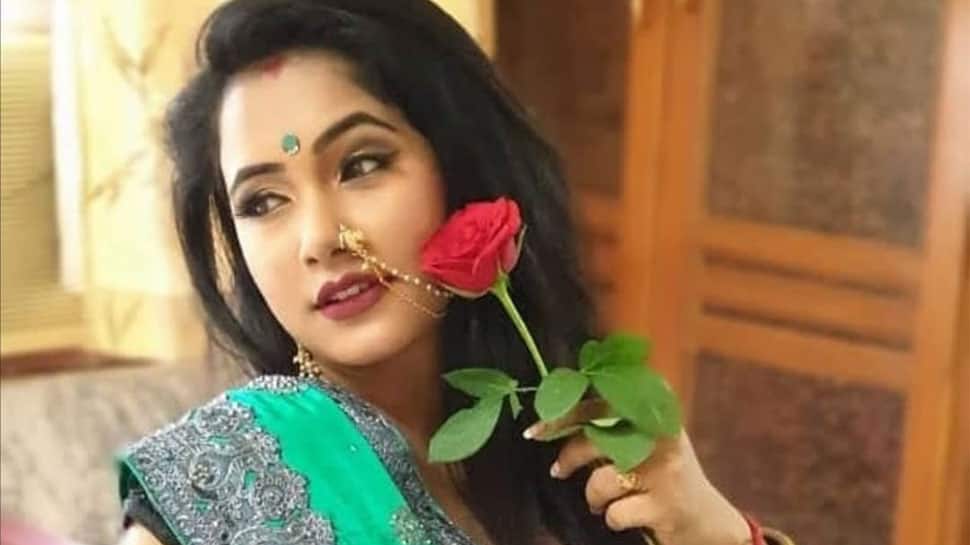 New Delhi: Bhojpuri actress Trisha Kar Madhu was recently in news for her private video leak online. The intimate video with her boyfriend hit the internet and went viral within minutes. She later urged fans to delete it.

Days after her video controversy, she has released her new upcoming track titled ‘Viral Bhaiyil Facebook Pe’. Watch it here:

The song has been sung by Rakesh Mishra and Surbhi Shivani. It features Trisha and Rakesh in the lead. The music is composed by Chhotu Rawat and Arun Bihari has penned the lyrics.

Meanwhile, after her controversial private video got leaked, Madhu even took to social media to warn those who reportedly made the video go viral. However, she did not clarify who shot the video, or how did it reach the social media platforms.

Madhu also put out a Facebook post where she said: “God is watching everything. In a bid to defame me, some people made this video viral. I did not even imagine that some people of Bihar are having such low standards.”

The 27-year-old actress is a native of West Bengal and made her screen debut with the Bhojpuri serial “Ham Hai Hindustani”. She has also featured in many item songs with the leading actors of the Bhojpuri film industry, as per IANS.