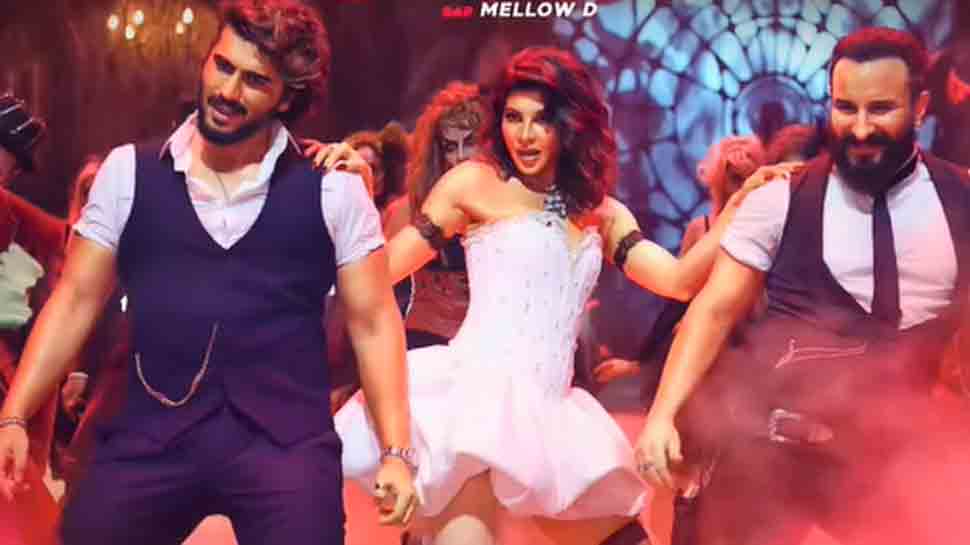 New Delhi: Actor Arjun Kapoor recently took to social media to share a series of pictures from his photoshoot with ‘Bhoot Police’ co-star Jacqueline Fernandez. And now, he has shared a fun BTS clip from the party track of the upcoming film on social media. The BTS clip shared by Arjun features the actor along with his love interest in the film, Jacqueline and Saif Ali Khan.

The title track ‘Aayi Aayi Bhoot Police’, which was recently dropped by the makers, has already set the internet on fire. The song is definitely a peppy number and shows the trio looking absolutely stunning, shaking their legs together and showing some cool moves. Lyricist Kumaar has penned the lyrics of the song ‘Aayi Aayi Bhoot Police’ and Mellow D has sung the rap part.

The actor shared the video, writing, “I love dancing & song shoots are always fun. So happy to be back dancing on set. Always helps having @remodsouza sir and his team to make me look good.”

The forthcoming horror-comedy was earlier scheduled for a theatrical release on September 10. However, the film release got delayed due to the COVID-induced pandemic and theatres ordered to stay shut after the government’s ruling.

Starring Arjun Kapoor, Saif Ali Khan, Jacqueline Fernandez, Yami Gautam and Javed Jaffrey, the film is a horror-comedy and has been shot in Himachal Pradesh. It is helmed by Pawan Kripalani, who has earlier directed films like ‘Ragini MMS’, and ‘Phobia’.

The film will trace the story of a group of ghost hunters and their hilarious adventures. ‘Bhoot Police’ marks the first collaboration between Saif and Arjun, who is currently dating Kareena Kapoor’s best friend and actor Malaika Arora. The upcoming film is produced by Ramesh Taurani and Akshai Puri.

‘Bhoot Police’ is scheduled for release on September 17, 2021 on Disney+ Hotstar.