Home A whole new world of entertainment awaits with must-watch foreign movies on... 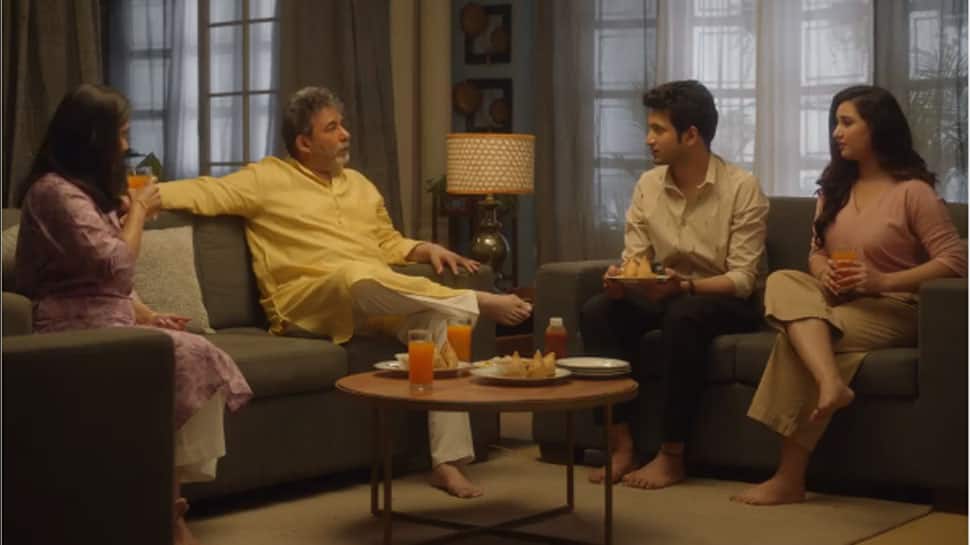 Mumbai: While Cinema is said to be a universal language, most of us grew up watching only Indian or Hollywood movies. However, of late, viewers increasingly value the quality of storytelling and entertainment over the language of the content itself.

The premium destination of nuanced cinema, &PrivéHD is known for its curation of films that allow countless movie lovers to indulge a level deeper and feel the other side of the story.

To these passionate movie buffs who are constantly on the lookout to discover quality content, the channel has gone a step ahead in bringing a wider world of entertainment available from across the globe to their TV screens. Starting Friday, March 5th, weeknights at 9 PM, &PrivéHD, presents ‘Privé World Box Office’ a collection of enjoyable, must-watch movies from around the world with familiar themes, varied genres that promise to entertain.

Unveiling the disruptive offering, &PrivéHD has rolled-out a light-hearted campaign urging viewers to ‘feel at home with world movies, no matter the language’. The campaign depicts a relatable situation in a foreign language through the lens of a typical Indian family.

The film marks the return of remarkable actor and filmmaker Deepak Tijori on the screen along with the evergreen Renuka Shahane who together essay the role of the parents. It also features young internet sensation Rohit Saraf as the prospective suitor for their daughter, seeking to win them over. In a fun-filled banter amongst them, the slice-of-life film brings alive a familiar feeling in various foreign languages, making it an extremely entertaining affair.

Bringing new premieres every week, &PrivéHD’s World Box Office promises entertainment for everyone with movies of varied themes and genres. With a new movie released every Friday at 9 PM airing for the entire week till Thursday, the unique scheduling makes it convenient for viewers to tune-in and catch new premieres every week on &PrivéHD. The line-up includes movies that are each blockbusters in their country of origin and are from varied genres ranging from romantic dramas and comedy to fantasy and adventure.

In the mood for action? Watch the latest instalment of the biggest French action franchise which is fast and a bit curious, Taxi 5. For some terrifying horror, watch the top-grossing Norwegian monster movie, Ragnarok. And for the lovebirds this season, watch out for the craziest French love story, Jeux D’enfants aka ‘Love Me If You Dare.’ Some of the other titles include Arab Idol (Arabic), Fonzy (French), The Farewell (Mandarin), Headhunters (Norwegian), Utøya: July 22 (Norwegian), Pain And Glory aka Dolor Y Gloria (Spanish) among others.

Speaking about the launch, Prathyusha Agarwal, Chief Consumer Officer, ZEEL said, “The consumer appetite for world-class movies transcending languages, has been witnessing a rise by leaps and bounds across consumption platforms. Various insights further suggest that viewers are more accepting of content in foreign languages with subtitled content being a preferred choice. The evolving preferences of our consumers assure us of our understanding of the non-conformist viewer and going a step beyond in enabling our viewers to discover great content beyond mainstream Bollywood and Hollywood, leading to the inception of Privé World Box Office. The campaign has been crafted with insights that aim to bridge the gap between the Indian film fans and the universal narratives in foreign language films, Thus, arriving at Foreign movies with familiar themes that will make you ‘Feel at home, no matter the language’. The ensemble cast of Deepak Tijori, Renuka Shahane and Rohit Saraf brings together both the past and the future of Indian movies and should help us generate curiosity and high buzz for this new offering.”

Commenting on the same, Kartik Mahadev, Business Head, Premium Cluster, ZEEL said, “In a short span of 3 years since launch, &PrivéHD has come to be recognized as a differentiated channel with an exceptional feed for movie lovers who want a more involved cinema experience through biopics and award-winning cinema. &PrivéHD has built a steady subscriber base who are constantly looking to engage with new meaningful experiences. In the quest for entertaining cinema and exceptional storytelling, cinema lovers occasionally come across foreign films through word of mouth but don’t find enough supply or a clear destination to watch them. Privé World Box Office aims to solve this consumer challenge through curation of titles from 10 different languages that have been loved by audiences in their origin country. Through this offering, we aim to bust barriers to watching foreign films through a selection that is easy to watch, relatable and entertaining for movie lovers. A new movie would play every week with our viewers having the option of watching the movie as per their convenience on any day of the week @9pm.”

Flux @ The Glitch was roped into helm the Privé World Box Office campaign. Creative Director Aaditya Vaze remarked, “We were tasked with the challenge of bridging the gap between films in foreign languages and the quintessential Indian film buff. This is what prompted us to create a piece that tethers seemingly alien foreign languages to inherently Indian insights. The stellar performances by the star cast and the observational humour only went on to further elevate our core insight of- Feel at home, no matter the language.”

Sharing his views, Jigar Fernandes, Third Floor Films, who has directed the film said, “It was like a time machine out there with stars like Deepak Tijori and Renuka Shahane taking us back while the young couple, Rohit Saraf and Sanaya Pithawalla showing their promise for tomorrow. It was an exhausting shoot, especially under the Covid restrictions but the stars made it a breeze with their attitude and humility.”

The campaign is running across TV and digital.

Realme GT 5G will launch in China today at 2pm CST Asia (11:30am IST). The phone will be the next flagship from the...
Read more