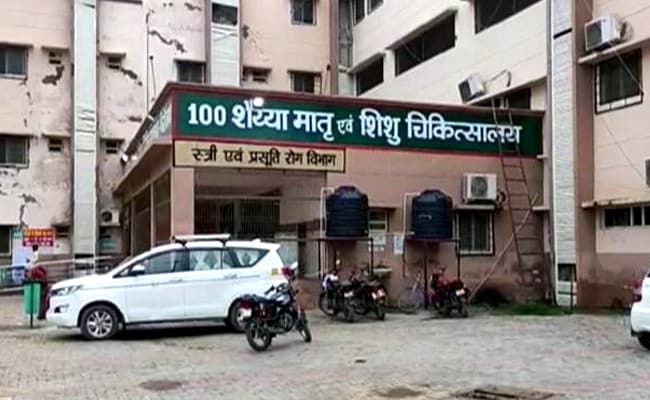 At the Firozabad medical college are rows of children suffering from fever.

The death of 53 people, including 45 children, over the past 10 days in a suspected dengue outbreak in Firozabad has prompted the Uttar Pradesh government to set up an inquiry.

At the Firozabad medical college, the scenes are horrifying: rows of children suffering from fever and their parents worried and praying for their recovery.

Six-year-old Lucky had been suffering from fever for three days when his family rushed him to the government hospital. His uncle Prakash said the doctors asked them to take Lucky to Agra. “Ten minutes before we could reach Agra, he breathed his last,” he said.

Sunil is sitting by the side of his son Abhijit. Three days ago, his daughter Anjali died of the fever. “About six days back, both my children were down with a fever; my daughter has passed away and my son is admitted now,” said Sunil.

Dr L K Gupta, child specialist at the medical college, said most of the children are suffering from viral fever and some are testing positive for dengue infection.

With 186 people currently in hospital and the high number of affected children, district magistrate Chandra Vijay Singh has ordered closure of both government-run and private schools for Classes 1-8 till September 6.

Chief Minister Yogi Adityanath visited Firozabad yesterday and said teams would be formed to confirm the cause of the deaths. “Directions have been issued to ensure adequate manpower at the medical college,” he said.

The Chief Minister visited the children admitted at the Firozabad medical college and also went to the homes of some of those who died.

According to BJP MLA Manish Asija, who is in touch with the patients’ families and is closely monitoring the situation, the first cases of fever were reported on August 18.